Save A Shore Farmer

“…at this moment in time; when it comes to farming I feel like I am digging my own grave to follow my dreams.” –a young Canadian farmer 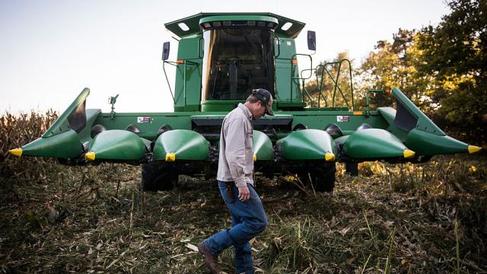 Working 80 hours a week on the farm your sole identity becomes “a farmer” – it’s what you’ve known your whole life. Then stress that is beyond your control becomes unmanageable – changes in weather, economics, technology – you start to feel overwhelmed but you don’t have the option to not get out of bed. The well-being of animals and family depends on you, and you can’t show that you are at all impacted, so you feel completely alone.
​
The stoicism of farmers helps them power through hardship and harsh environmental conditions often in great isolation, but when it comes to their mental health, this power through approach can be life threatening.​
When the CDC published its 2016 report about the alarmingly high rate of suicide in the farming community, the study posited that “possible causes for the high suicide rate among US farmers…include ‘social isolation, potential for financial losses, barriers to and unwillingness to seek mental health services (which might be limited in rural areas), and access to lethal means’”.
“Since 2013, net farm income for US farmers has declined 50%. Median farm income for 2017 was negative $1,325. Without parity in place (essentially a minimum price floor for farm products), most commodity prices remain below the cost of production. The rate of self-imposed death rises and falls in accordance with farmers’ economic well-being … Suicide is currently rising because of our current farm recession.”
This isn’t the first time. In the 1980s, America’s continuing family farm crisis began. A wrecking ball for rural America, it was the worst agricultural economic crisis since the Great Depression. Market prices crashed. Loans were called in. Interest rates doubled overnight. Farmers were forced to liquidate their operations and evicted from their land. There were fights at grain elevators, shootings in local banks. The suicide rate soared. FarmAid was born out of the 1980s crisis.
Dr. Mike Rossman, a psychologist and one of the nation’s leading authorities on farmer behavioral health, said “People engaged in farming have a strong urge to supply essentials for human life, such as food and materials for clothing, shelter and fuel, and to hang on to their land and other resources needed to produce these goods at all costs. When farmers can’t fulfill this instinctual purpose, they feel despair. Thus, within the theory lies an important paradox: the drive that makes a farmer successful is the same that exacerbates failure, sometimes to the point of suicide.”
“There is particularly a lot of depression in rural society. It happens for a lot of different reasons. A lot of it is our roller-coaster economics. People outside of farming, I think, understand that farming is hard work. What they don’t understand is the depth of the lows that can hit you at any one time, with just one small problem that can lead to hundreds of little problems… But constant pressure of financial ruin and a cultural mindset that you should tough something out rather than seek mental-health treatment all contribute to the problem.”